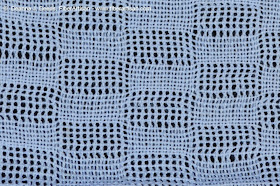 The leno/gauze weave studies I've been doing are turning out to be quite a fun adventure.

In doup leno, the warp works in pairs, each pair having a side-to-side stationary ("ground") warp and a side-to-side moving ("doup") warp.  The doup warp can be raised either to the left or to the right of the ground warp, causing the pair to twist back and forth with each other, with the weft holding the twist in place. 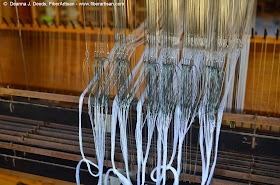 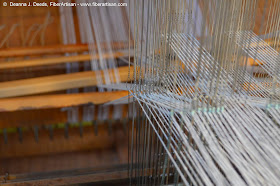 When the standard and doup harnesses are raised together, the doup warp is raised in the crossed position under the ground warp.

You can see the crossed warps in focus in the background, with the standard and doup heddles out of focus in the foreground. 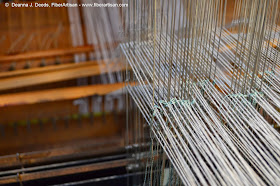 When the back and doup harnesses are raised, the doup warp is raised in its normal position beside the ground warp. 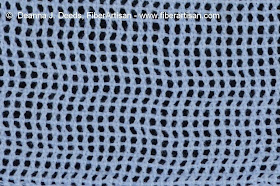 If these two steps are repeated, raising the doup warp and leaving the ground warp down on every pick, the result is plain gauze weave. 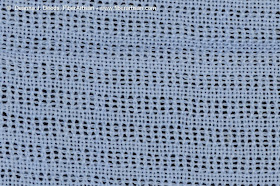 But you can also raise the ground warp alternately to get plain weave in between the twists, forming more complex structures.  This is "fancy gauze", also called leno.
Deanna Deeds at 3:29 PM